Today marks the 2nd anniversary of my blog!

My first post was a Gray Union Jack dresser, and it was also my very first MMS feature! So, what better way to celebrate than to do an updated version of the same dresser?!

Here is the exact same color palette I originally used: ASCP French Linen for the body, Country Gray and Old White for the design. 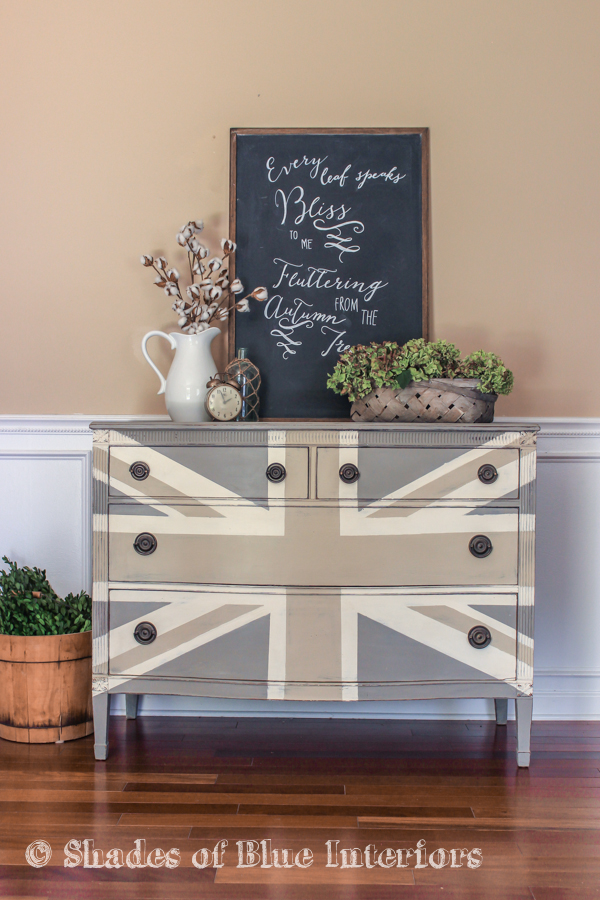 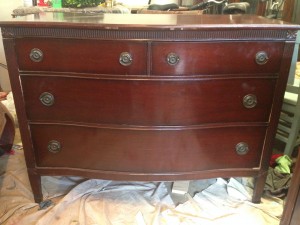 Most of the past two years on this blog have been furniture makeovers and a few tutorials. It was what interested me and was a great way of keeping track of my work and progress.

Only… I would get sick of it sometimes. 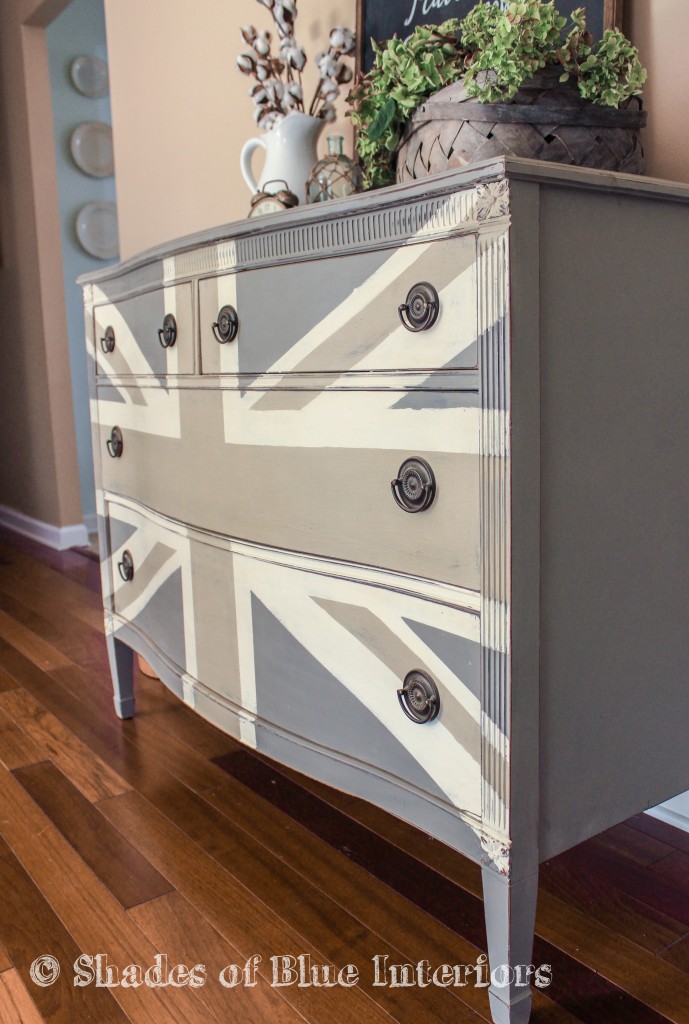 During the winter months I would go weeks without doing anything and likewise felt like there was nothing to post about.

I didn’t want that. I wanted to be more consistent, more varied, more me. 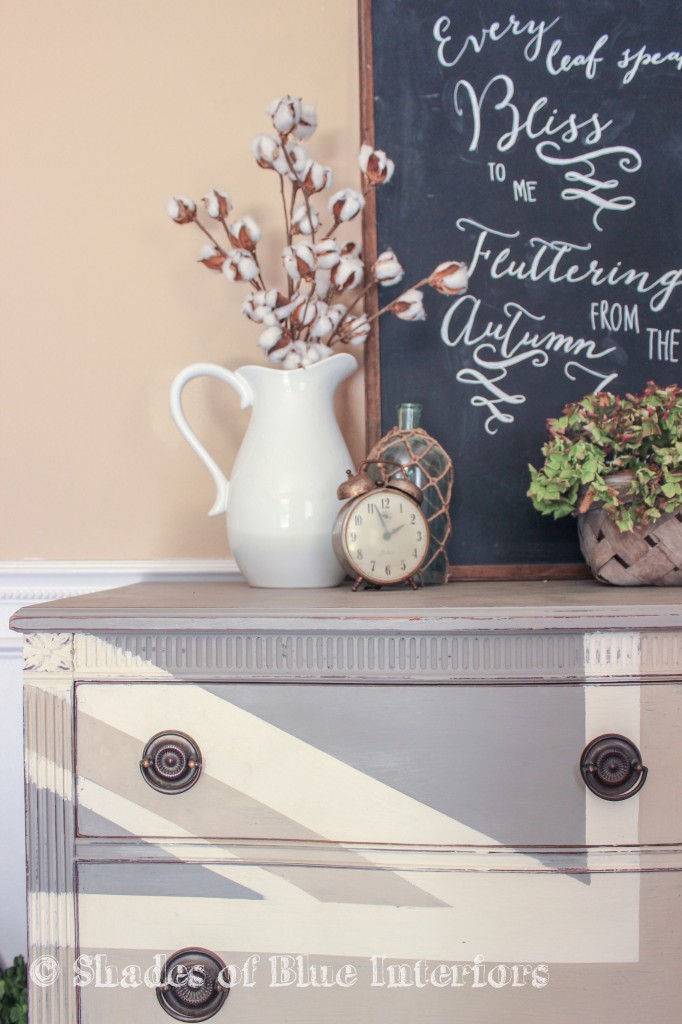 There have been so many changes in my life this year. After renting for nearly 10 years and working our butts off, we finally bought our first house in January. My in-laws moved in with us for 7 months. We did 3 fairs in less than a year. I went to my first ever blogger conference, Haven, where I met and connected with girls that I feel I’ve known forever, and helped me see so much more potential in my blog than I thought possible. 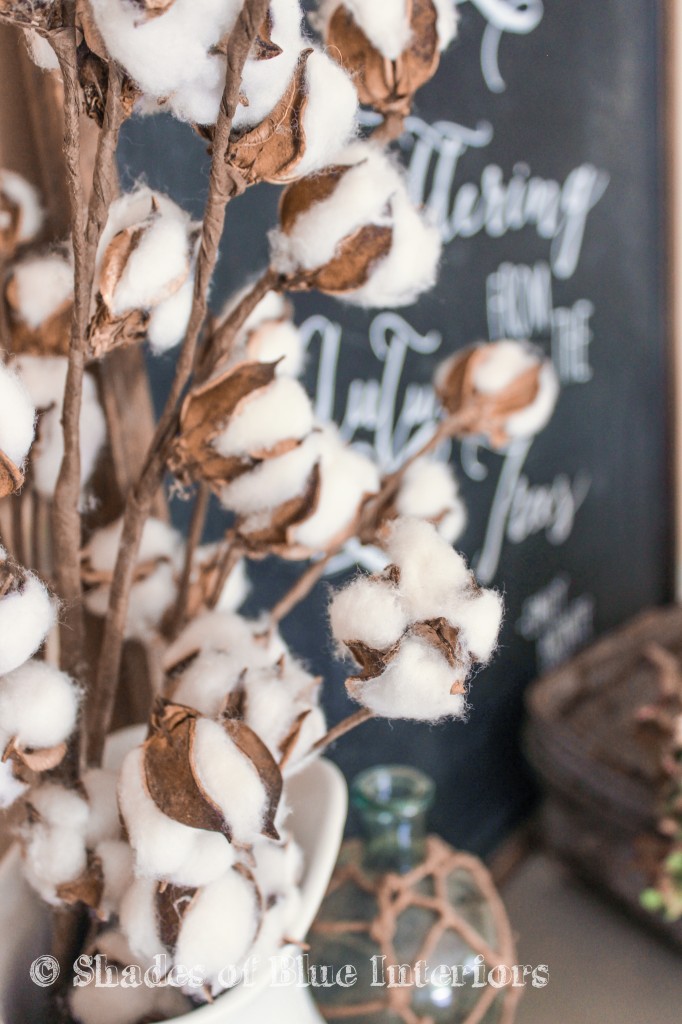 I built my first piece of furniture. I became addicted to the show Parenthood (damn you Netflix!). 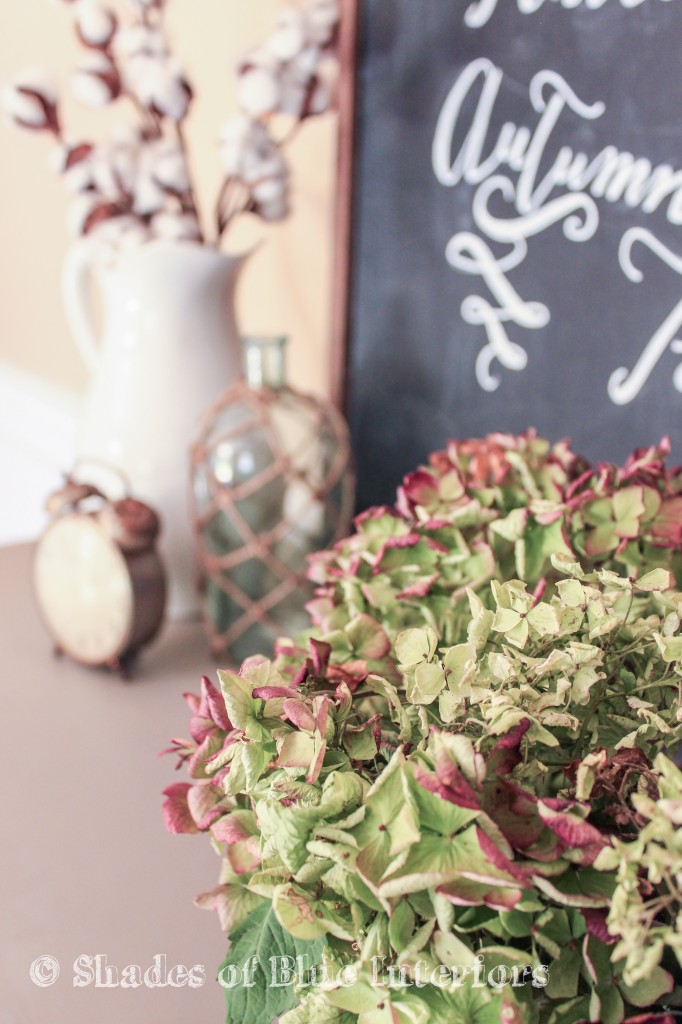 I celebrated 10 years of marriage. I learned how to upholster better. I helped my anxiety-filled kindergartener transition to full-day by eating lunch with him at school every day for nearly 3 weeks. I learned I can refinish an entire dining set in 2 days (if I have Bruno helping me). 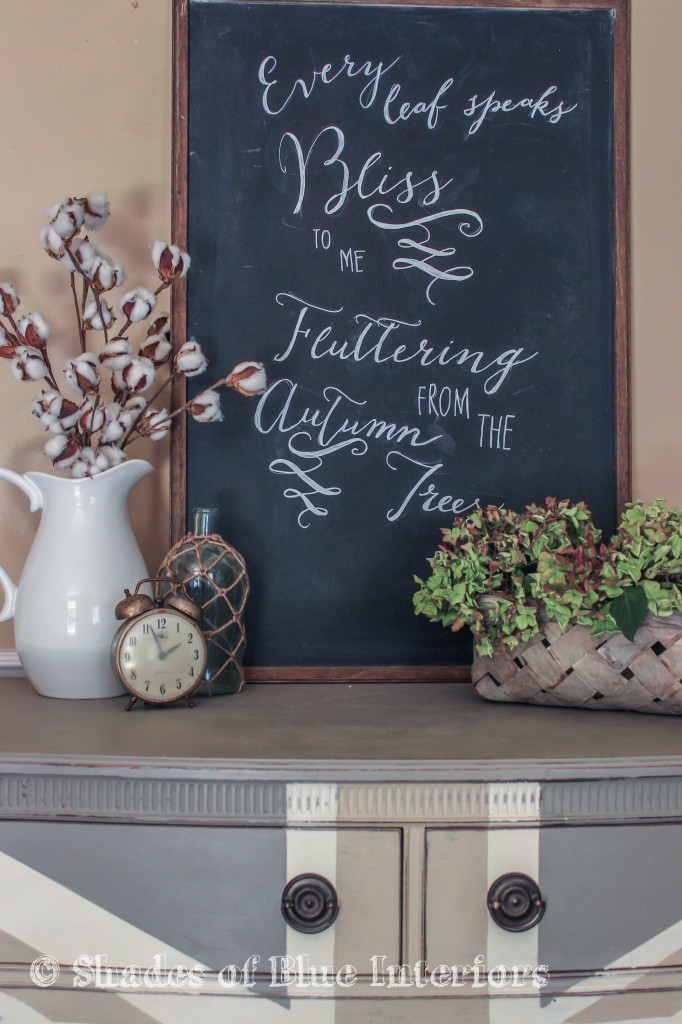 I learned more about faith and hope from my 8 year-old than anyone else, in this past year. 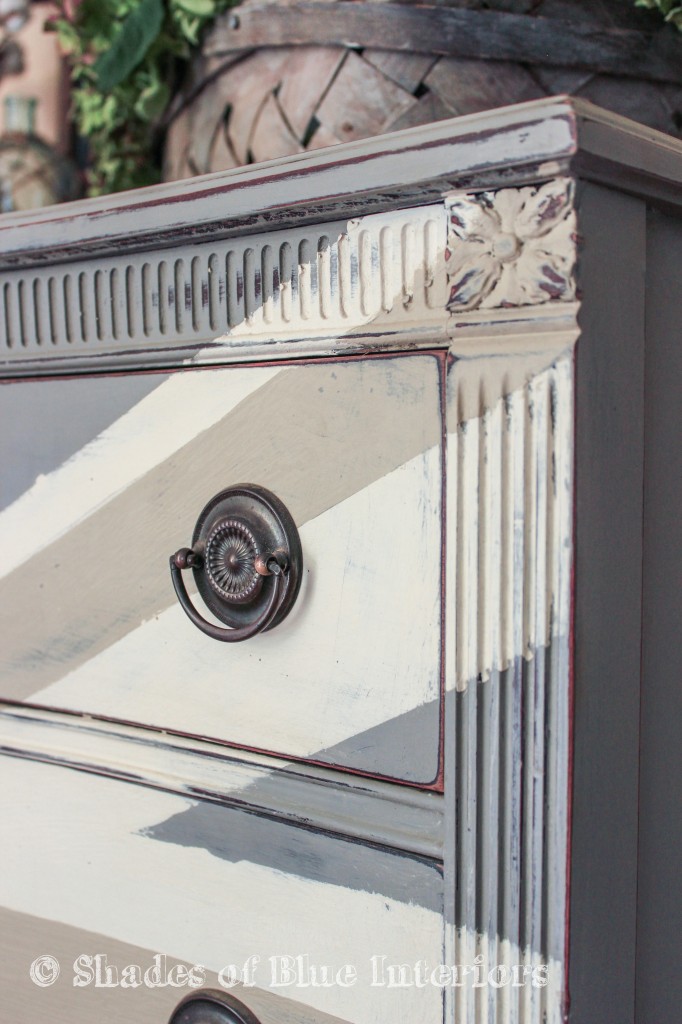 I learned that I can go 2 months without yelling at my children, make a mistake, apologize, and start again. My goal is to never yell at them again. 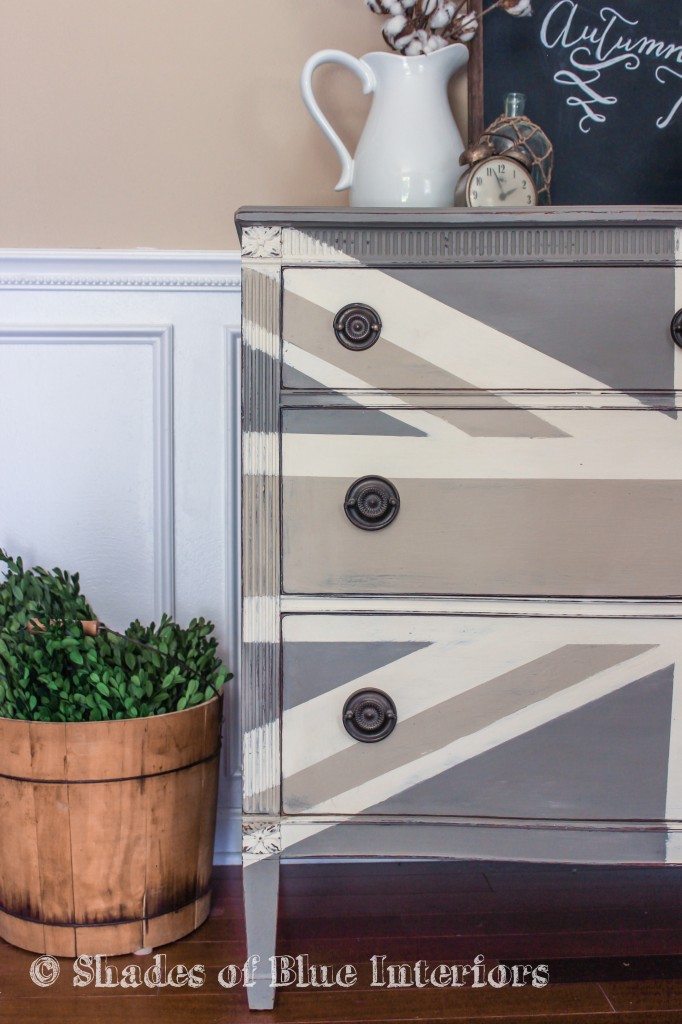 I learned that it’s hard to stand out and be original in a blogging world of so much talent. But it is a worthwhile effort as long as I keep my priorities in-check. My dear friend, Lucy, with Craftberry Bush, reassured me that it is never a mistake to choose to give my children attention over writing a blog post. That family coming first, isn’t just a nice phrase, but a lifestyle that can actually exist, and I can still be successful without having guilt. 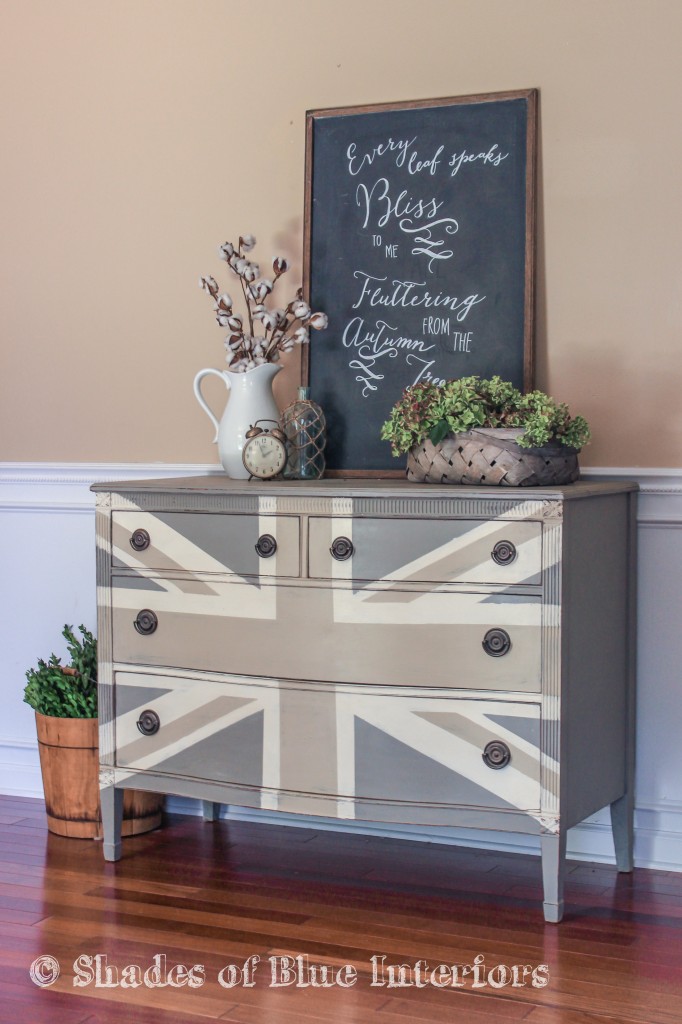 My lessons learned are almost all on-going. I’m still learning them. I haven’t mastered anything, except making mistakes.

But I hope you will continue to stick around and accompany me on exciting growth, changes, and hard lessons learned that will inevitably take place the rest of this year and on into next!

And don’t worry, I’ll still have plenty of furniture makeovers and tutorials! 😉