This past weekend I worked like crazy to finish 6 french dining chairs for a client. Two were captains chairs like pictured below and 4 did not have arms. I was slowing working on them for a couple weeks, but then I promised her they would be done by Saturday night, so I worked non-stop from 9am to 9pm, only stopping to eat a couple PBJs.
Here is the before shot: 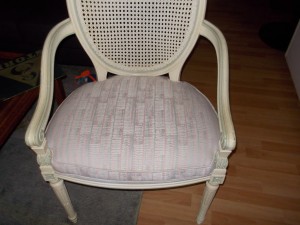 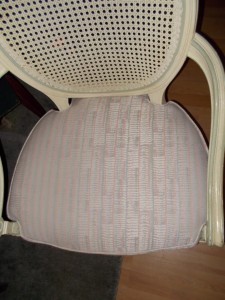 This was one of the inspirations she gave me for what she wanted. Even though its hard to see, the chairs actually have gold lattice painted on their backs.

I used Old White all over, then I used Precious Metals Premium Leafing Finish in 18 karat Gold to hand paint the latticework, grooves, and edges. 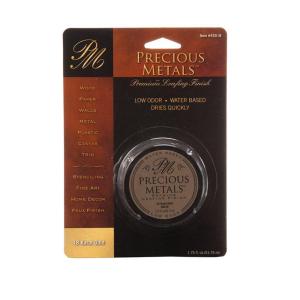 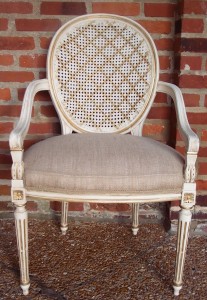 I then clear and dark waxed the entire chair, but because the gold gilded accents were a  little too yellow and a little too sheer for what I was aiming for, I used Gold Leaf Rub n Buff with an paint brush and carefully brushed it on top of everywhere I had painted the 18 Karat Gold. The reason I didn’t forgo the first step for the other chairs, was because the paint absorbed too much of the Rub n Buff and it looked much too dark. And it was hard to be exact with the Rub n Buff. It is actually more like a pasty-wax and smoothes on best on metallic finishes (hence the importance of the 18 karat Gold leaf finish done first). 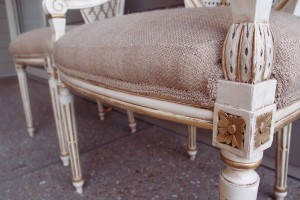 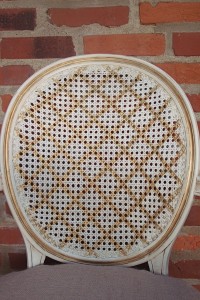 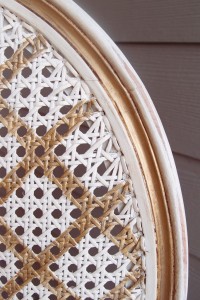 These seats were a beast because they could not be removed. I had to take off the trim, staple down new burlap and then hot glue this braided upholstery trim to cover up the staples. 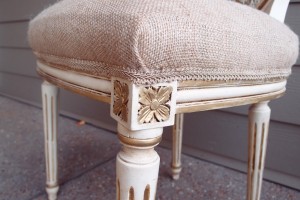 The gold gilding was pain-staking, but it was worth it I think! 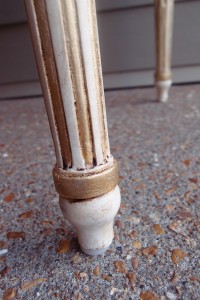 I added the little gold crosses on the upper part of the back legs to echo the lattice on the front, but to also match the inspiration picture! Let’s face it… it would have been boring just plain white! 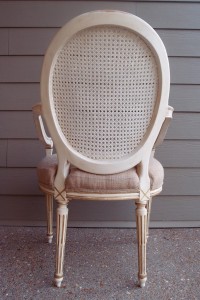 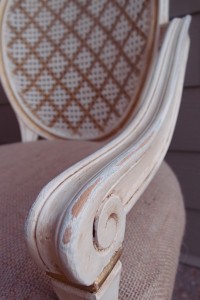 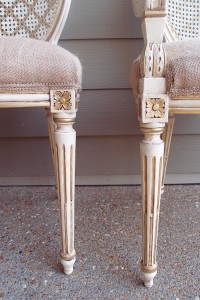 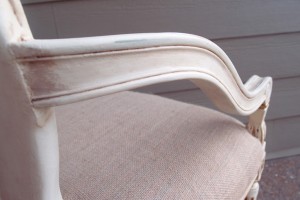 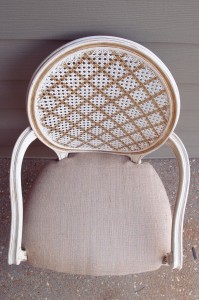 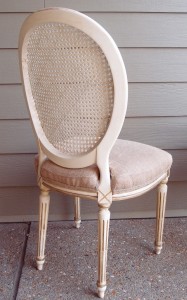 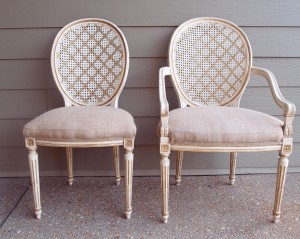