When I bought these old wooden barn pulleys, I had no idea what I was going to do with them. All I knew is that they looked cool. I bought them at the same time I got these two vases (which I painted with chalk paint to match each other and dark waxed… they now hold preserved boxwood balls and sit on my mantel!) 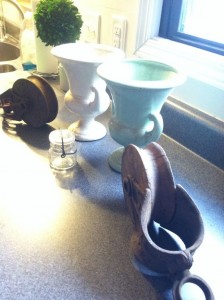 The internets never fail me I tell you! I found some inspiration here: 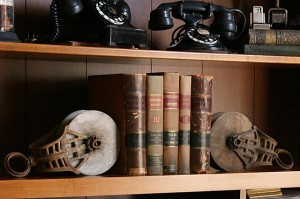 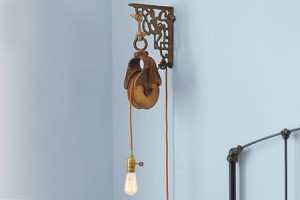 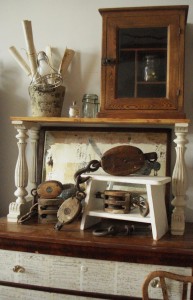 Source
Mine were pretty dry and rusty. I decided I wanted to polish them up a little, but I didn’t want to cover up the aged patina that they had acquired. After a little research I decided to use naval jelly to remove the rust, then clear wax to seal the cast iron and prevent it from oxidizing it further.
It looks exactly like hot pink snot! I poured on a little, brushed it around with a chip brush, and let it sit for 10-15 minutes, then washed it off using a wire brush. 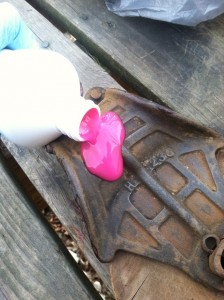 Then after seeing recommendations for different types of wax being used to seal the cast iron, I decided that Annie Sloan’s clear wax wasn’t much different and would do the same job! Plus I would be using it on the wood part as well, so it made it a little easier.
The result? The wood took on a beautiful rich color with the awesome character-giving stains and marks preserved. The wax did a great job sealing the cast iron, which it would have been easy to see if the clear wax didn’t work, because it would have started to rust further after 24 hours of the naval jelly being applied.
Without further ado, here they are! I named this one Alfred. 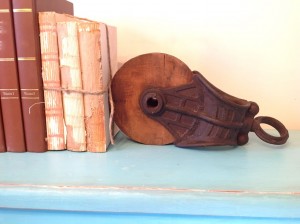 And this one, Julie. Isn’t the original red finish amazing on this one? 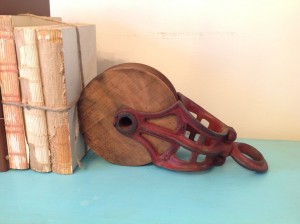 They can be used as bookends, like above, or as coffee table decor: 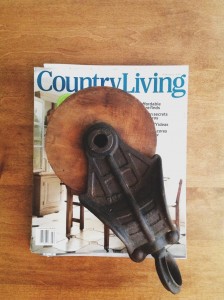 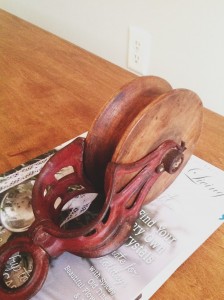 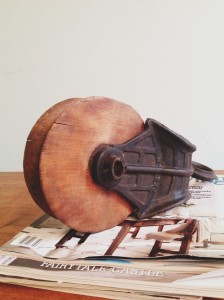 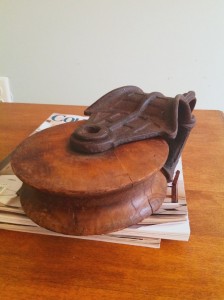 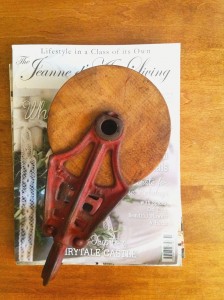 They are for sale in my Etsy shop!