It’s Makeover Monday and today I’m going to show you how I transformed 2 small dressers that had a similar size, and made them match to be a pair of nightstands.

Through pure luck, I found these two little chests from the same thrift store, 2 weeks apart! Both needed a little work (more on that later) but they were close to the same size, so I immediately thought of painting them to match as a pair of night stands! 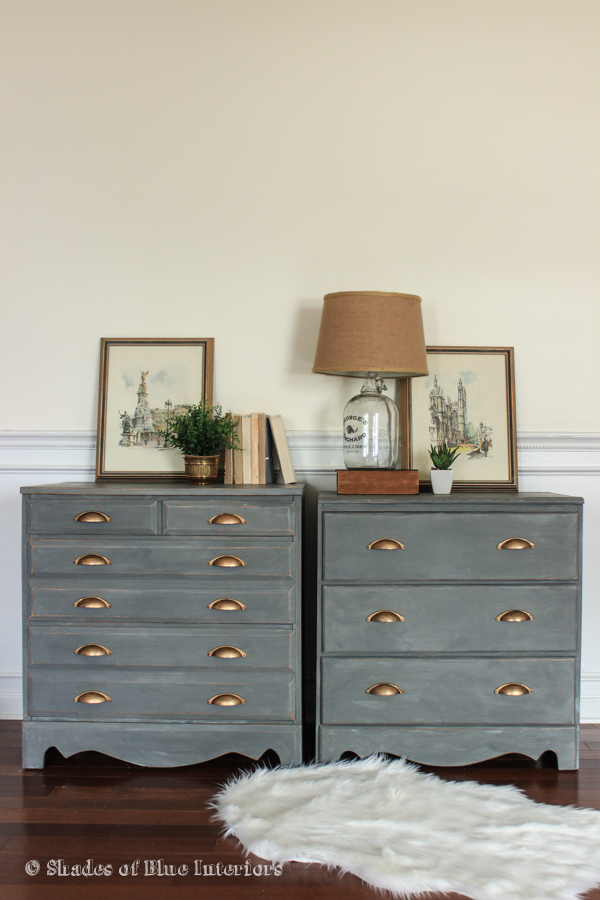 I’ve long-loved the gray night stands that Dear Lillie has in her master, with gold cup pulls, so that was my inspiration. These pulls however, I sprayed, then dark waxed, then put some gold gilding wax on. They have a beautiful faux-aged patina with just the right amount of shine. 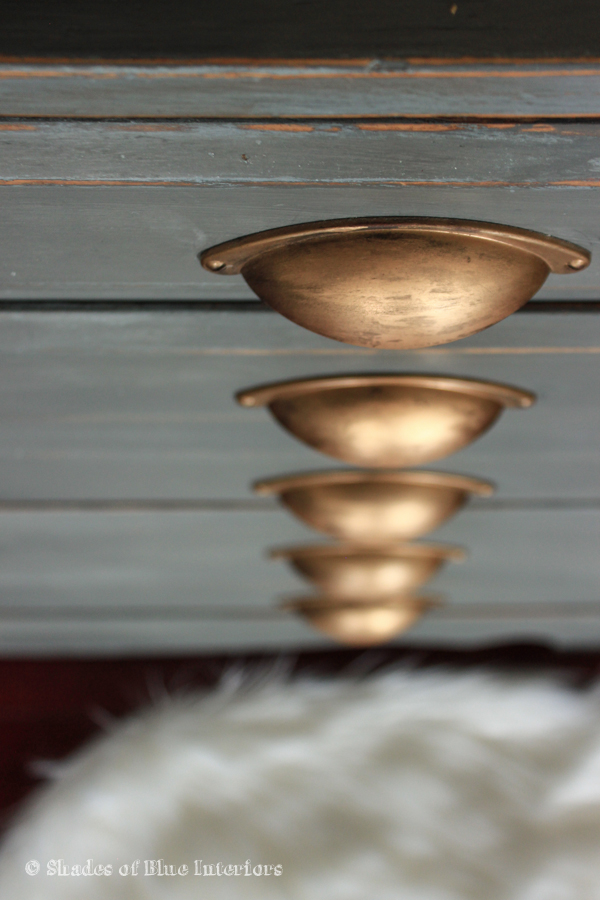 The color is a layered, hand-brushed look. I mixed ASCP French Linen with Graphite (equal parts), then did a layer of MMS Milk Paint in Shutter Gray, then a lightly watered down coat of the French Linen/Graphite mix. With some distressing and clear wax, the finish looks light gray in bright light and charcoal in dim light. 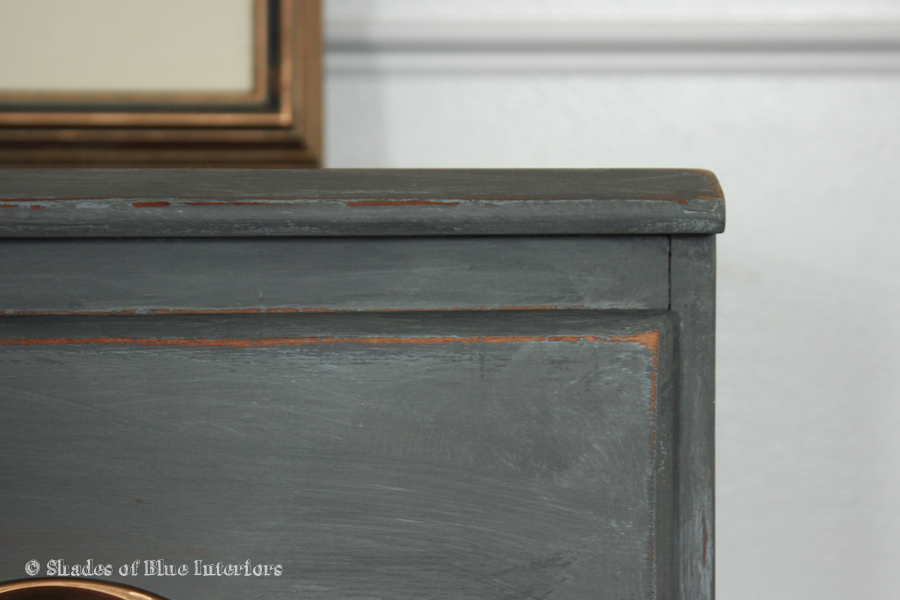 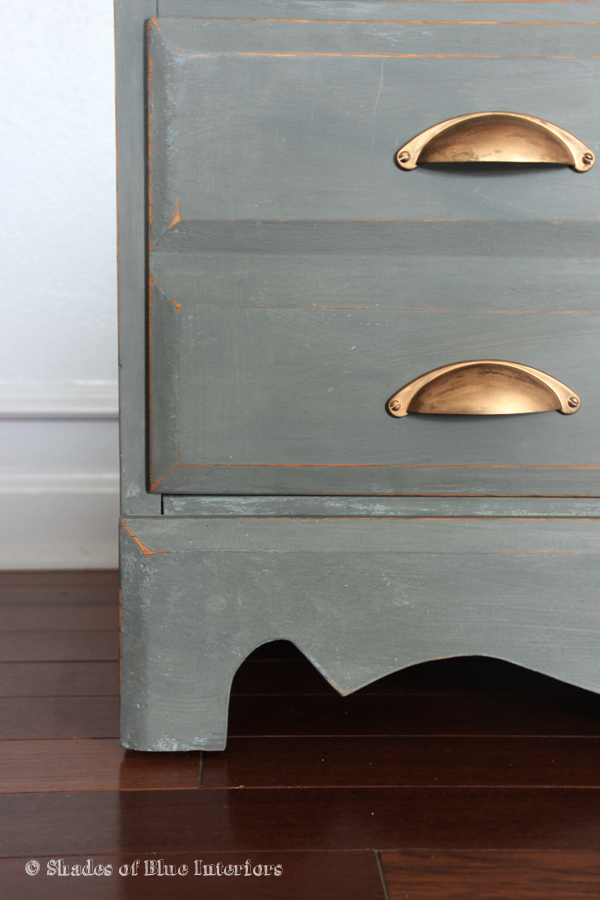 I found a couple of ink and watercolor prints of some English landmarks and couldn’t resist buying them a few weeks ago! I think my love for them rivals the night stands! 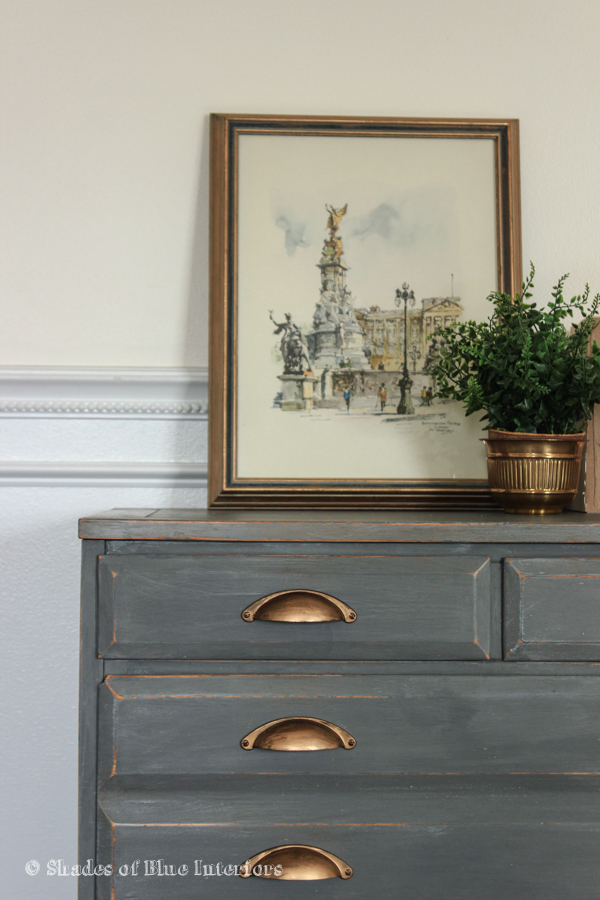 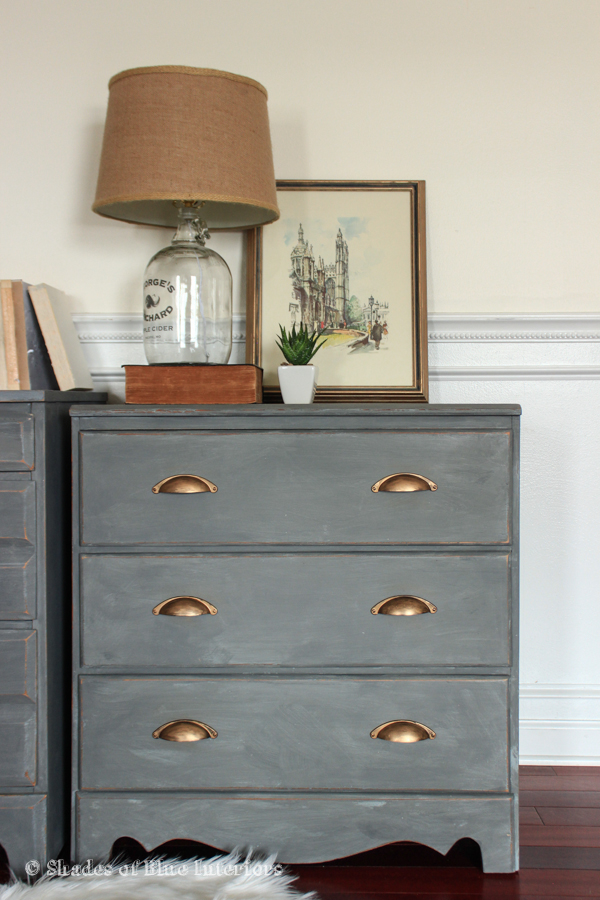 I’m really in to everything English lately… it probably started with my love for Downton Abbey, then as it turns out my two besties, Lucy from Craftberry Bush, and Danielle from Finding Silver Pennies, both have English husbands, THEN I discovered Sherlock on Netflix and that pretty much sealed the deal. You guyssss, Sherlock is the best show ever. Period. I remember reading Sherlock Holmes when I was a pre-teen and becoming obsessed for a time period, trying my hand at keen observations. 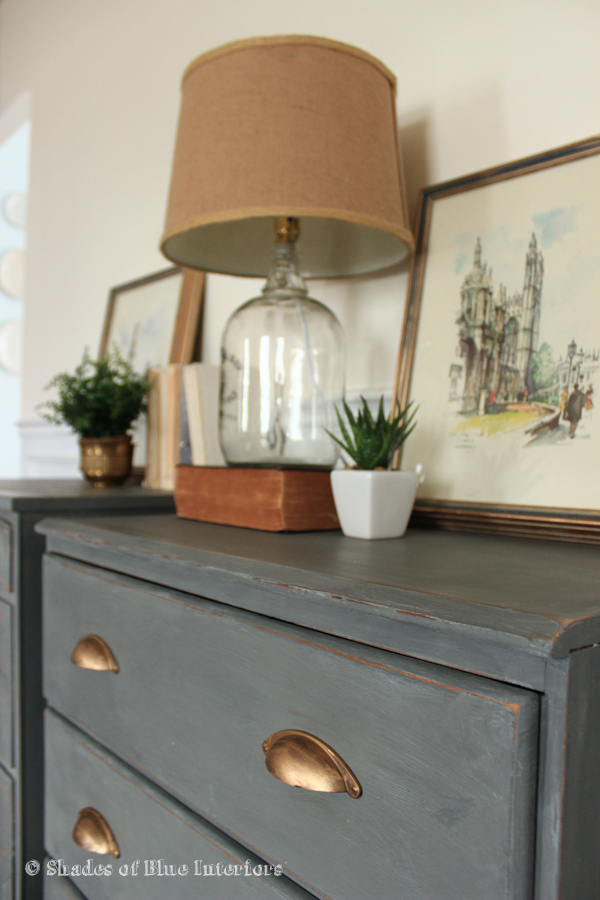 I’d try to deduce where someone was from and what they had been up to that day, just by looking carefully at them. Never did get that good, but I’d surely try!   The great news is, this modernized version was created by some fellows who were/are deeply obsessed with the original stories as well! So, while they modernize some specifics, many of the stories and characters are the same! 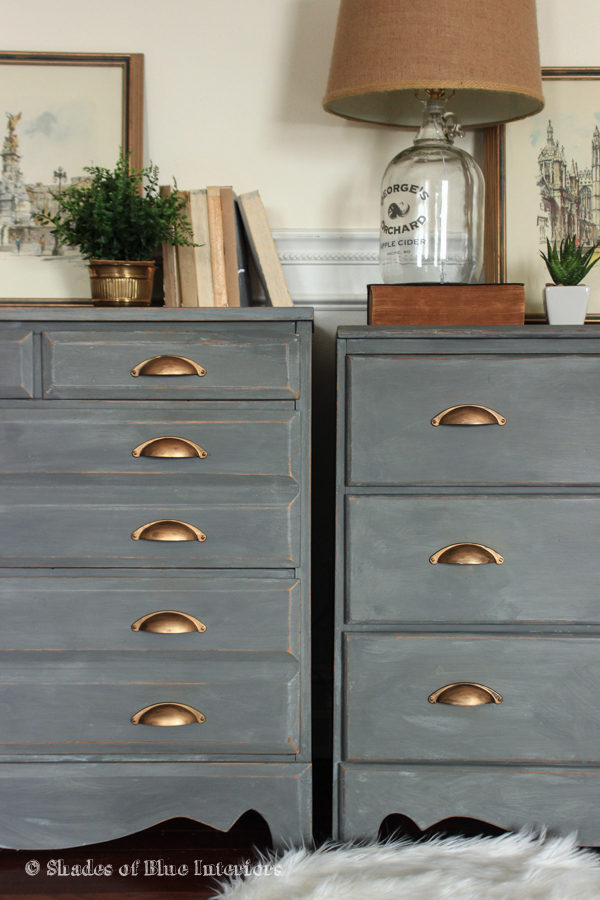 Like Hound of the Baskervilles? It was pretty clever how they modernized that one, while keeping some elements, like a big, terrifying dog, an integral part of the story. Anyhow. I’m anxiously awaiting when it returns to PBS… I’ve heard they start a new season of filming this spring, so I don’t imagine it will be in the US until next year. And now that Downton Abbey is finished for the season (**big exaggerated sigh**), I really don’t have much I’m loving on TV lately. I’m SO ready for Anna and Bates to not have any more drama, and have a child. And Mary! Oh I’m excited about that handsome chap that appeared in the Christmas Special yesterday! I was thinking she might end up with Blake, but he seems a little short for her? I dunno… I’m mad I have to wait almost a whole YEAR to find out! 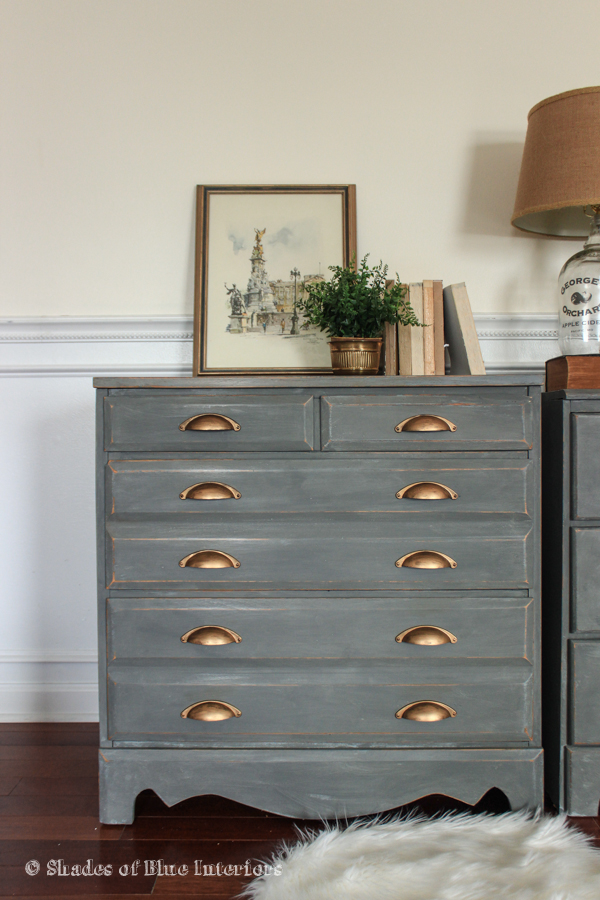 What about you? Do you like the British shows on PBS? What are you favs? 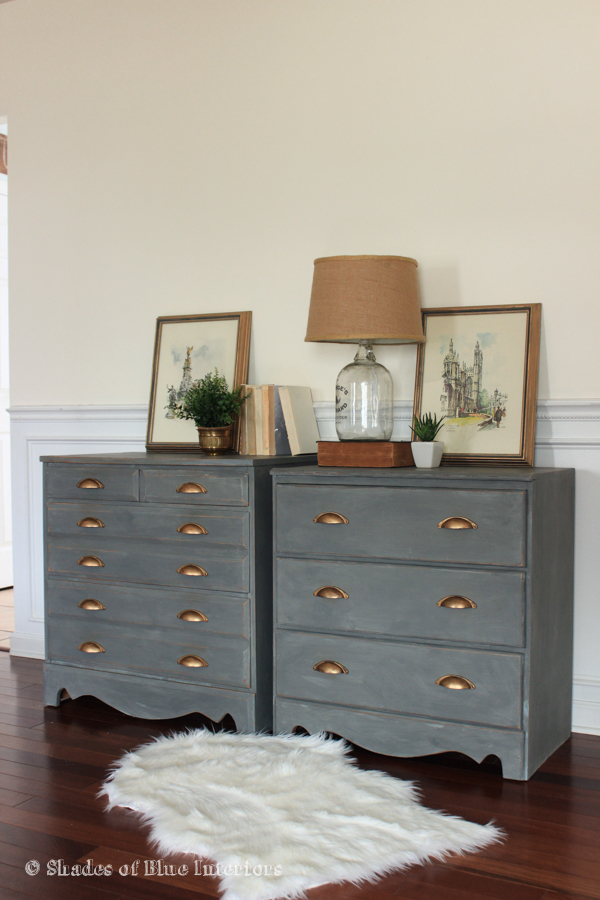 If you want to know how I cut out the bottom of the dresser (the apron) to make it match the other, check out THIS POST.