Today I’m going to share with you something that may surprise you.
(1) WHY it is important to stop citing Pinterest as a source;
(2) HOW easy it is to find the source for an image you may have found;  and
(3) PROPER image credit etiquette.

Let me start by saying that there is a lack of proper credit citation from bloggers, interior designers, IGers, and average internet users.  Does this mean it is okay? Nope. It just means that most people haven’t learned how easy it is to find who designed the gorgeous bathroom they saw on Pinterest! Or on some design blog. Or ANYwhere that is offering pretty pictures as inspiration. 🙂 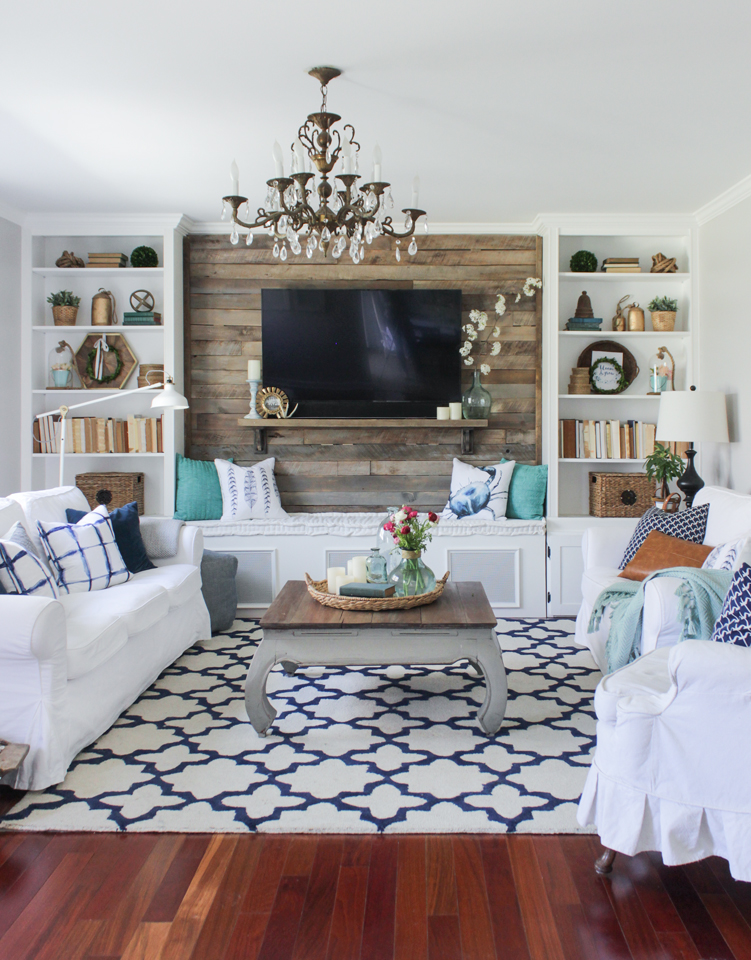 Pinterest is not an image source. The people who created Pinterest wanted it to basically be a catalog of ideas for you to save so you can look at them/do them/refer back to them later. I’ve heard people say, “Oh did you get that idea from Pinterest?” This always makes me smile because NONE of the ideas you see on Pinterest were created by the website, Pinterest. I think most people probably know this, but it is just full of images from OTHER websites or blogs. Maybe ask instead, “Did you get the idea from a blog or website?” It’s a bit more accurate and it gives the person a chance to share more information.

How do un-credited pictures get on Pinterest in the first place? Pinterest does have the option where you can upload a photo you have saved on your phone or computer to save to a board, and doesn’t require you to cite a source. However, if your account is public, once that image is shared by another person it can get re-shared and spread all around the internet with the source being unknown. This happens often enough that crediting Pinterest as an image source has been seen as common-practice. Let’s change that. 🙂 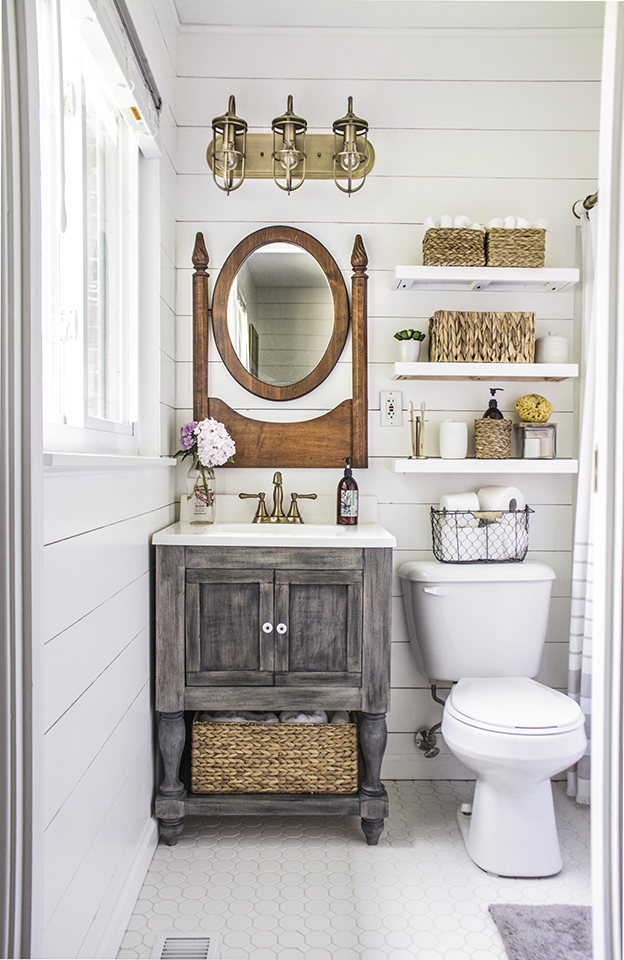 So, what’s the big deal? What’s wrong with not crediting the actual source? The number one reason is it prevents image theft– someone making money off of someone else’s copyrighted work.

Maybe you personally aren’t making money off of sharing someone else’s image and not crediting it. But who’s to say someone who you are friends with or follows you doesn’t see that and screenshot it, save the image, re-gram it…whatever, and then it starts spreading and/or picked up by someone who wants to put it on their website to draw traffic to them. Oh and by the way, that person has ads on their site, so extra traffic using an image that they do not have permission to use, is making them money. It’s unethical essentially. 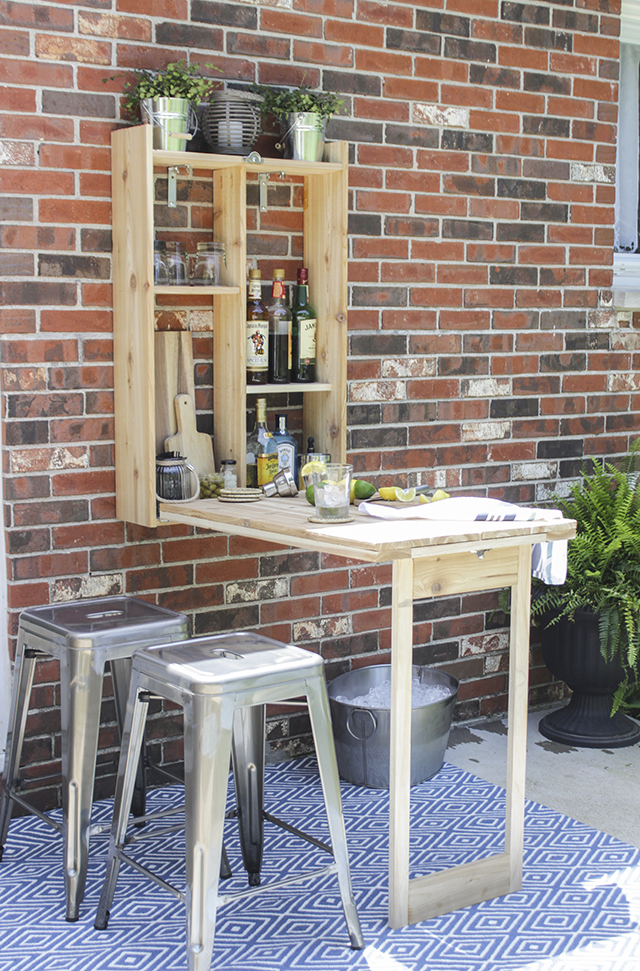 So there’s the image theft aspect, but there is also the potential business opportunities you are taking away from that person. Maybe you LOVED this particular kitchen that was designed by an unknown designer because there is no image credit. Maybe, in reality, that designer is local to you and you would have loved to hire them to help you design the house you are building (or whatever scenario), but you can’t, because you don’t know who it is or where they live. Also, did you know magazine editors are people just like you and I and they search the internet for ideas too? And if they can’t track down an image source they will very likely move on to the next image that DOES have proper credit to consider them instead for a feature in a magazine or publication. 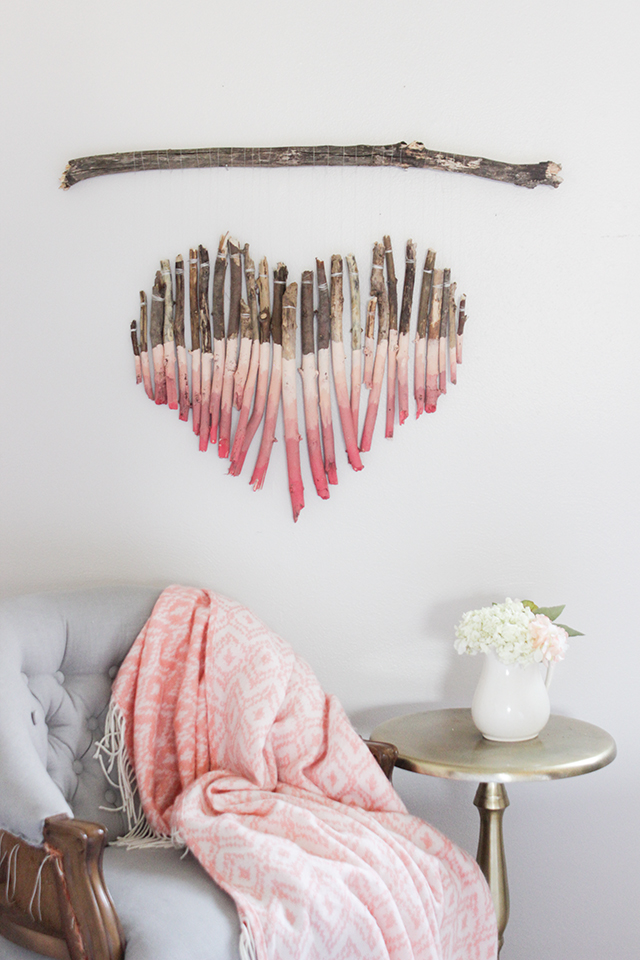 Ok, So I found a kitchen on Pinterest that I love, but I can’t find the designer. What do I do?

You do a reverse image search on google. You can do this on your cell phone or on a laptop/desktop. Imma show you how! 🙂

How to Do a Reverse Image Search on a Cell Phone

1. Screen shot and trim the picture you like so it is just the picture.

Here is an example of a gorgeous kitchen  that was shared by a well-known designer a couple weeks ago on Instagram, initially with no image credit. They later updated the post once they found out. But I thought this would be great to use for this tutorial. 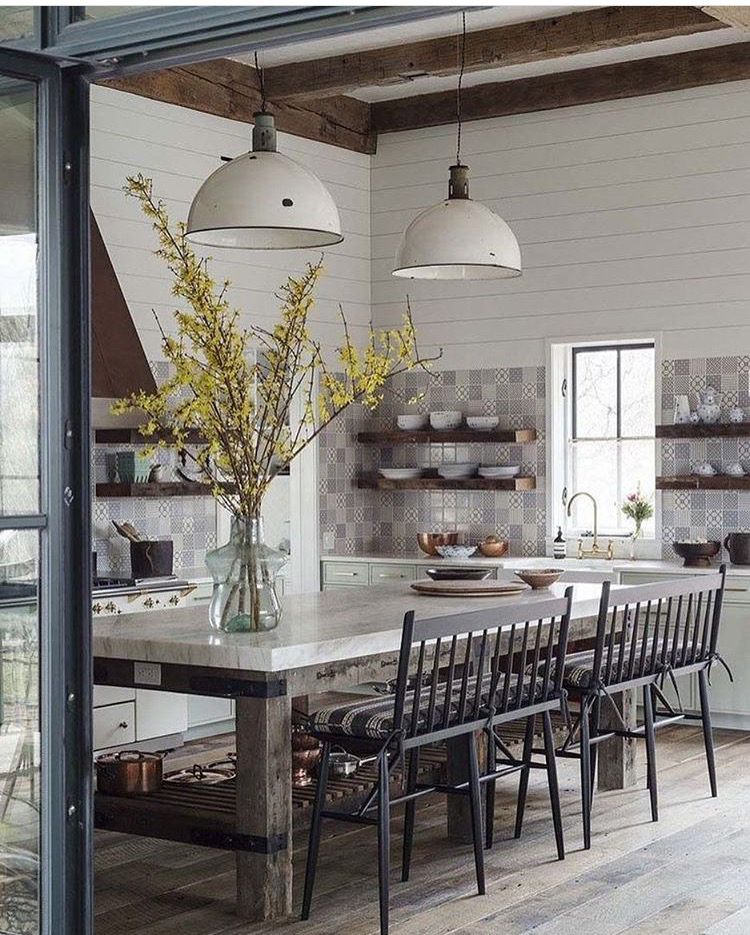 Step 1 & 2. Google, “Reverse Image Search” OR go directly to CTRLQ.org and upload this picture you just saved on your camera roll or photo library. 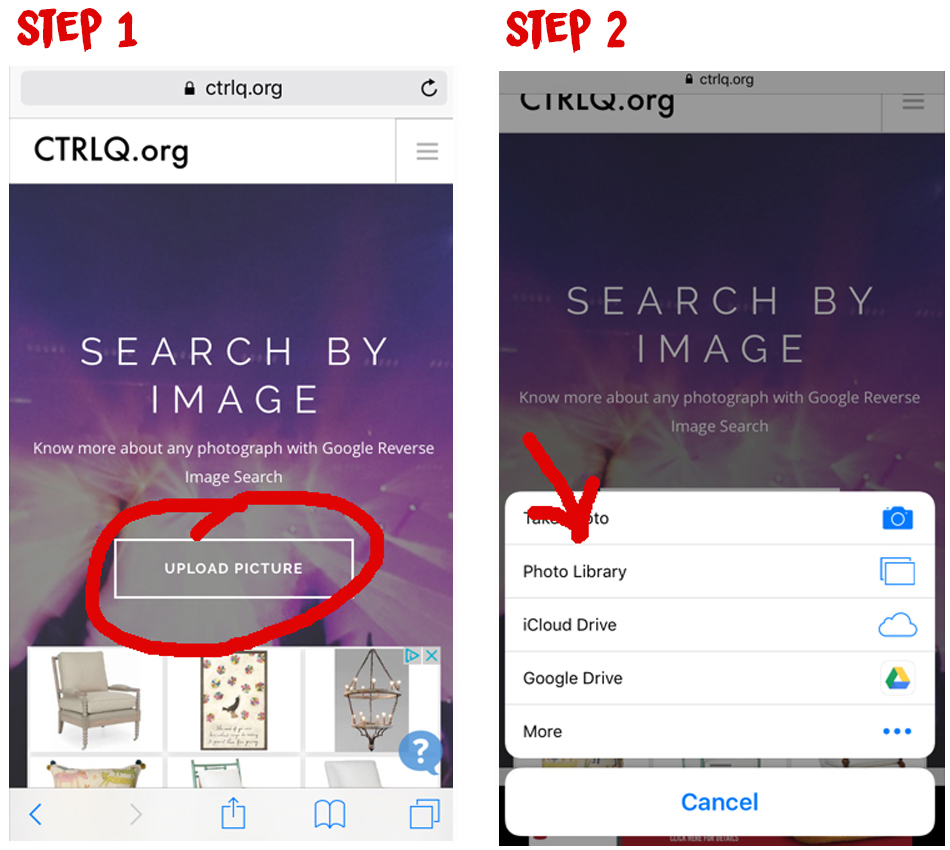 Step 3 & 4. Touch, “Show Matches” and scroll through the results. Dismiss any results that are from Pinterest. 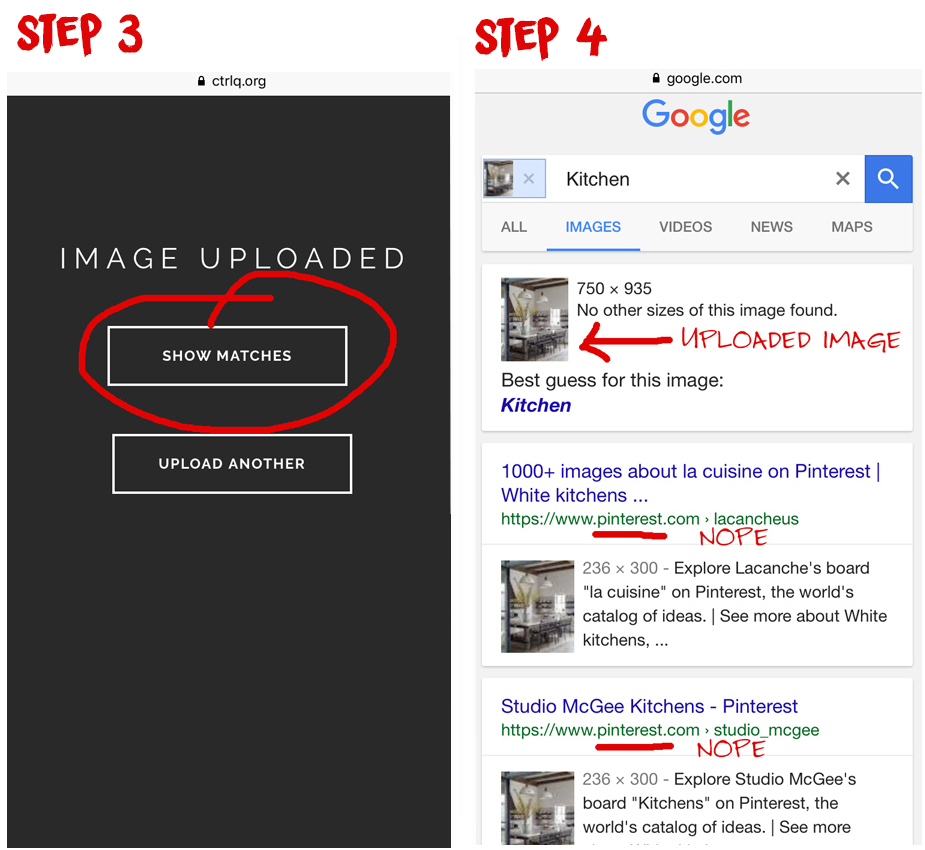 Steps 5 & 6. Look for reputable websites that have a person’s name (usually a designer’s website is their name or business name).

Scroll past sites that look like they are just doing a round-up or an inspiration post, and read those snippet descriptions to gather some clues. Notice the site above and below this designer, Jennifer Bunsa, also list her as the designer, so when I clicked on her site, it took me to her portfolio and I was able to see several angles of this kitchen. 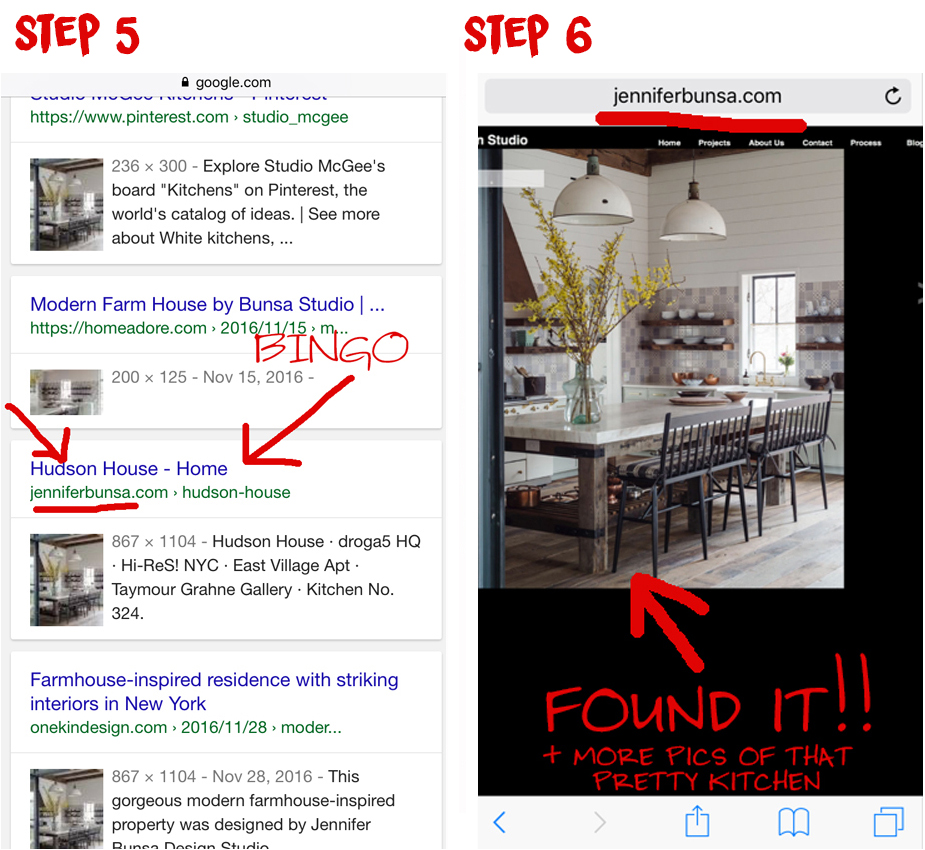 That literally took me 2 minutes from the time I saw the image to the time I found the source. How easy was that?!

Not every image will the source as the 4th result, but usually most of them are links to Pinterest until you find the right result or at least a big enough site that will give proper credit.

P.S. This is another reason why it is important to have a good google rank if you are a blogger– you will show up higher on the list, than the 4th page. 😉

Another use for the Reverse Image Search on Google is to check to see who is using your own images. A lot of people put images that don’t belong to them, without permission, on their own site. You can send them a DMCA Notice to remove the image.

How to Do a Reverse Image Search on a Computer

Here is a picture of my daughter that I used in a tutorial I did last year on this upcycled cabinet desk. It went a bit viral and I wanted to see how this image was being used on the internet. 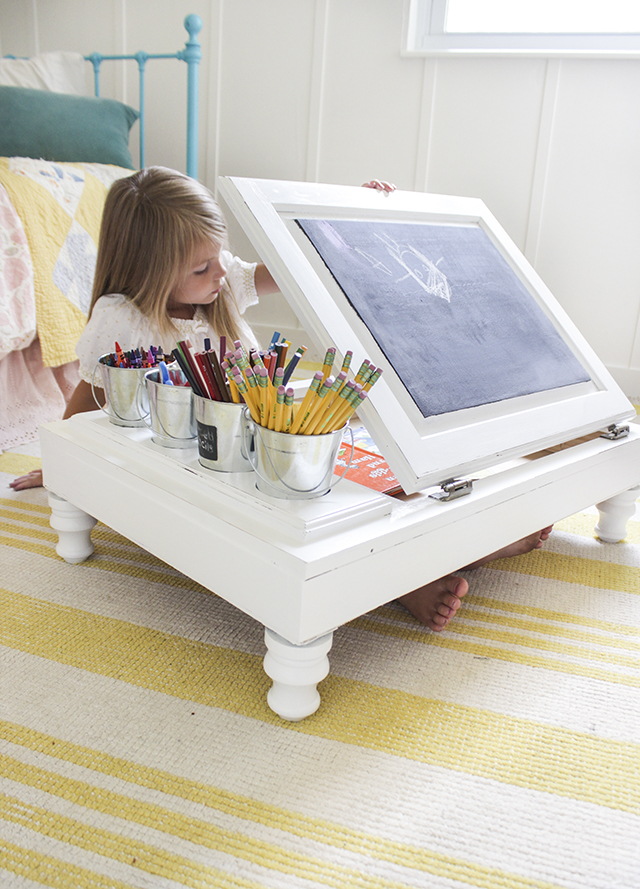 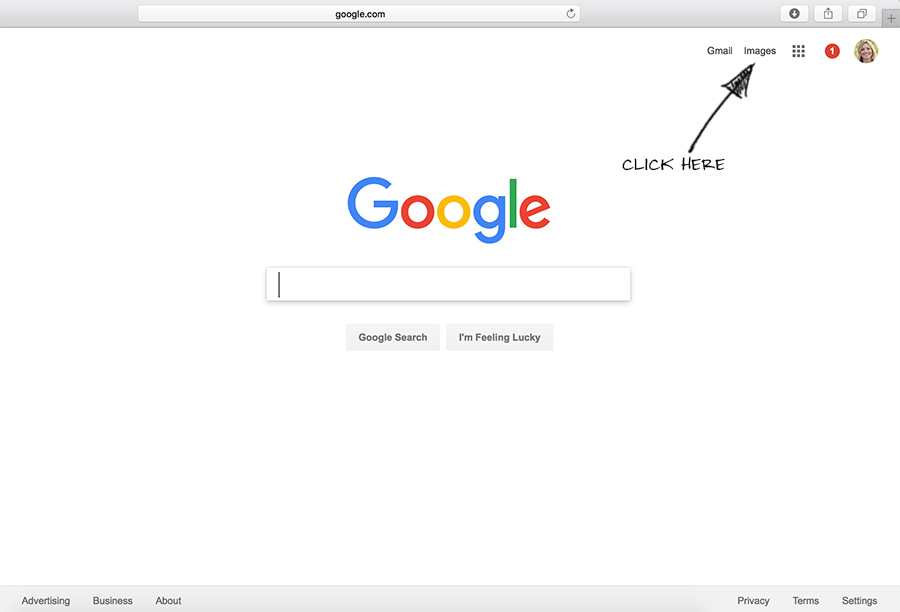 2. Click on the camera icon in the search bar. 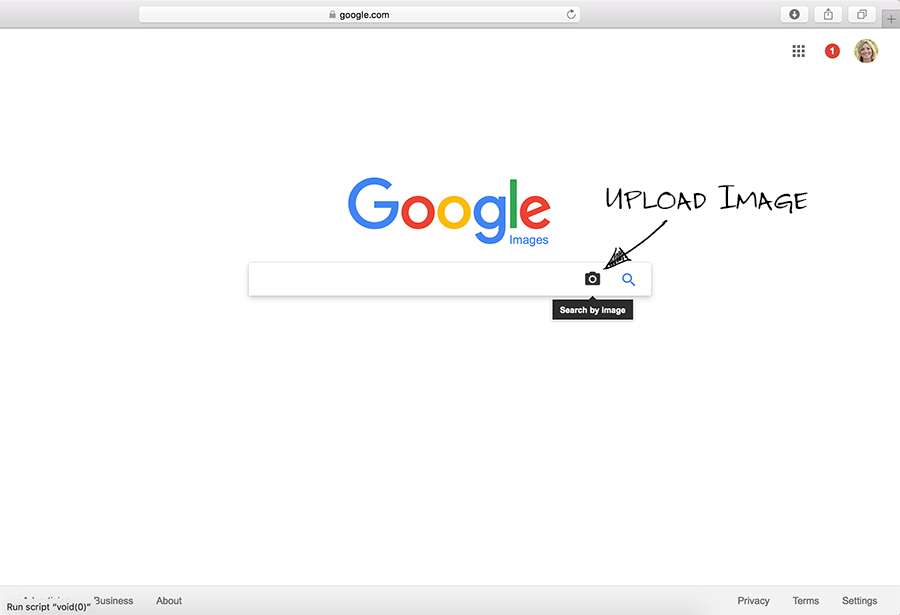 3. Upload your image of choice. You can also paste the image URL, just select that option on the top tab of the search bar. 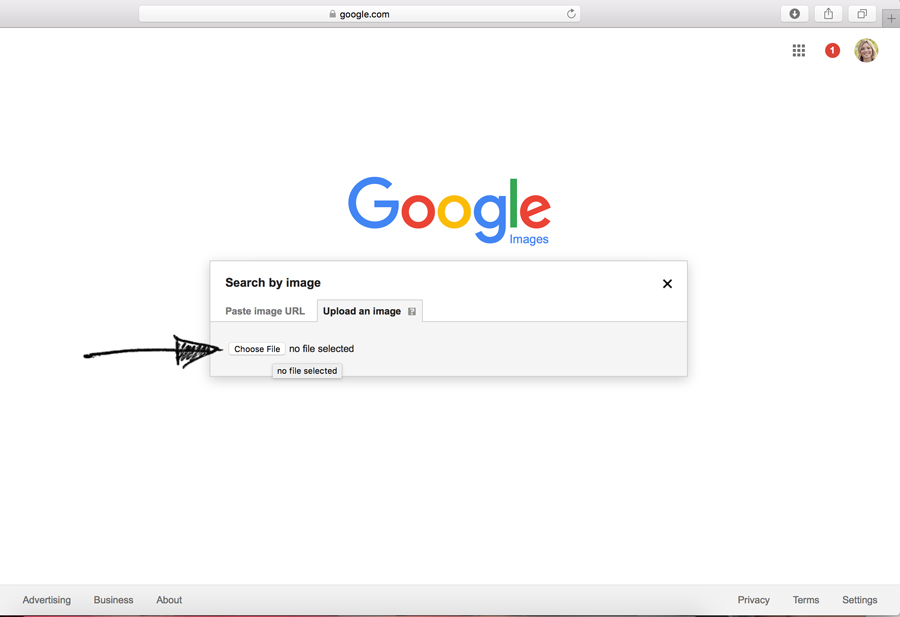 4. Scroll through results to check the sites using the images. If you are looking for image source, follow the same tips as I shared above for the cell phone version of reverse image search. If you are checking for who is using your image, pay special attention to bigger sites or sites that rank higher than your site. 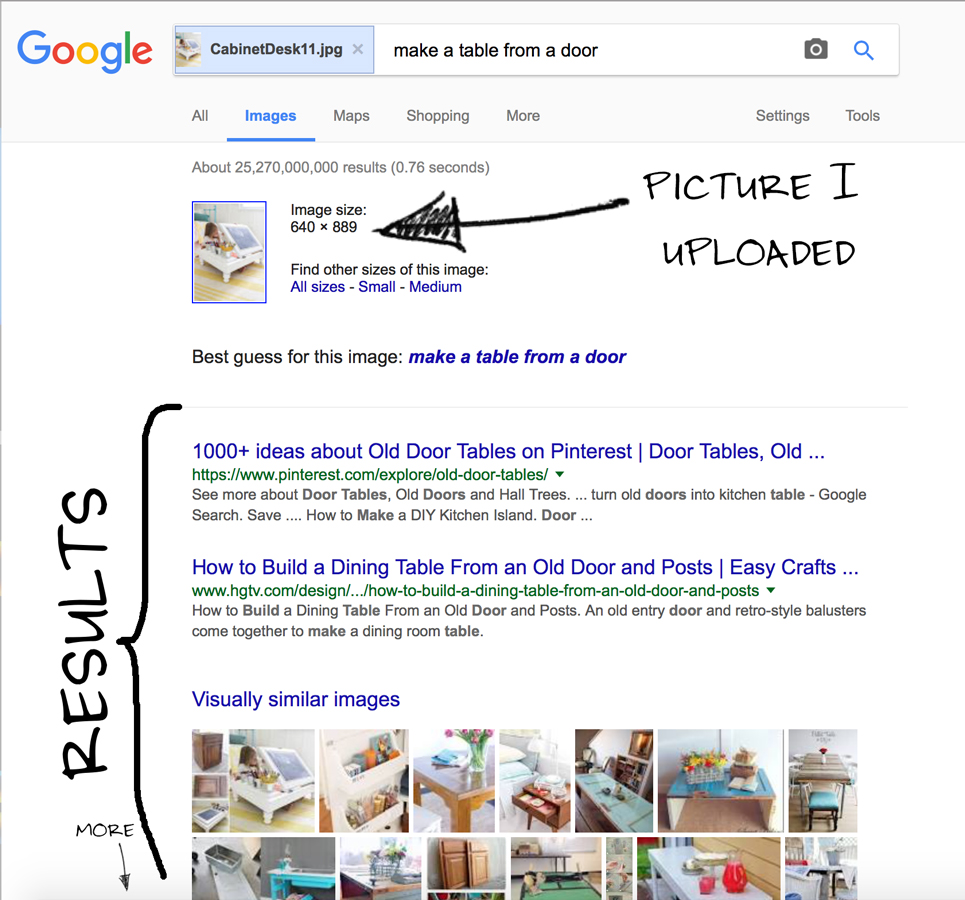 5. Target any site that is using your image without permission, making new collages including your image(s), re-publishing content, or using text to write over your image. 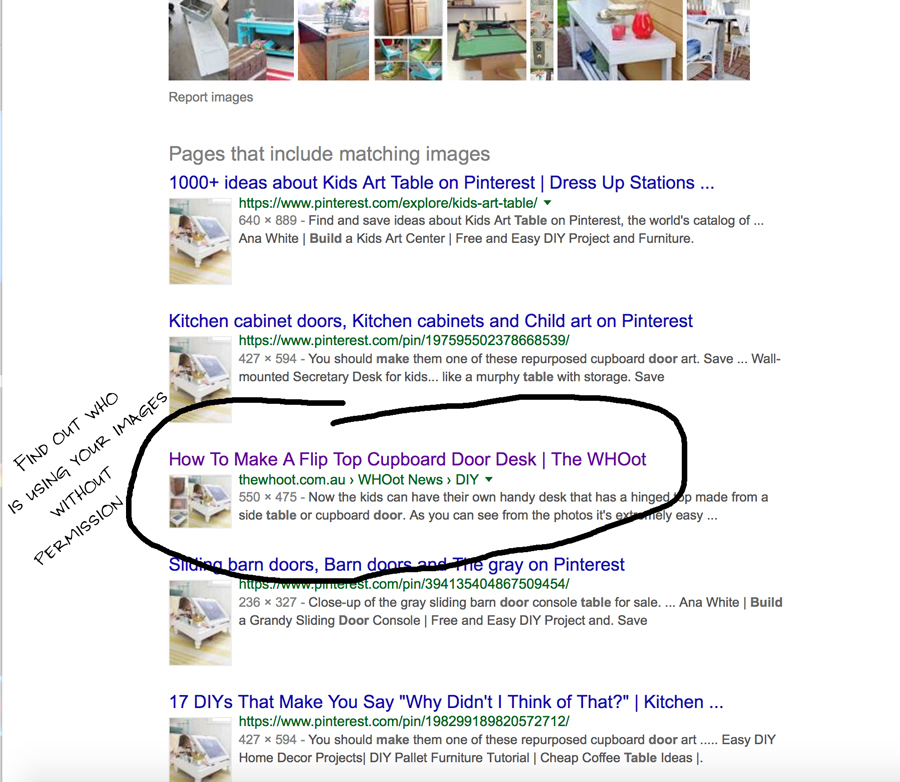 If you are a average person who isn’t a blogger or isn’t a homeowner, just stating the blog or site you found it on it sufficient.

If you are a fellow blogger or designer or website owner/manager who has business accounts on social media, at very least you should be tagging them if you share their picture on social media. If you have a website or blog, link to their site directly. Additionally, make sure you have permission first (or follow their directions if they have image use rules on their site), and change the Alternative Text to include their name or site name. Lastly, for the display settings, link to a custom URL, where you can paste their site URL. This will encourage readers to pin from the original source instead of your blog or site. 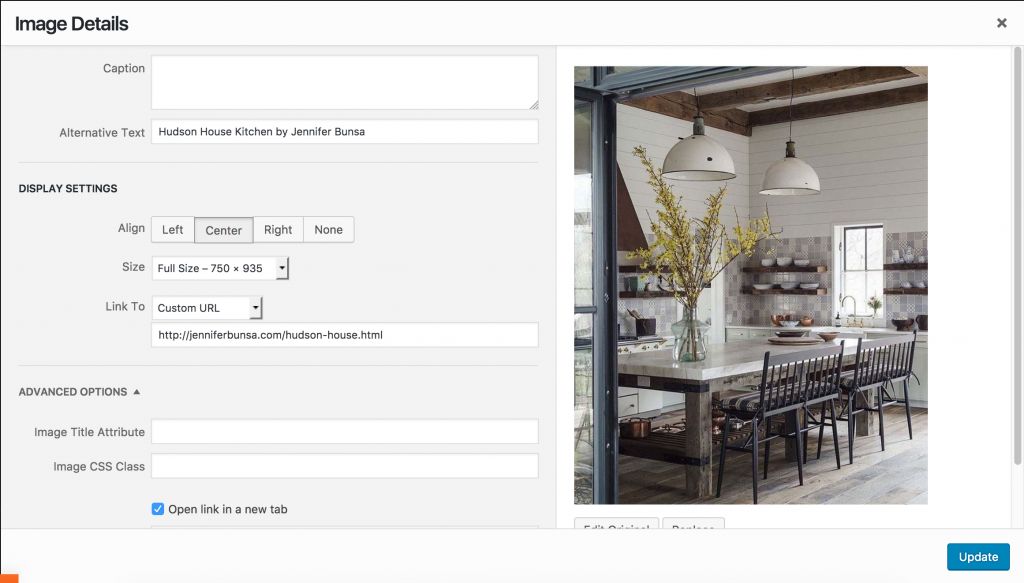 I hope that we can all be more mindful of the beautiful images we see on the internet– the time, effort, and money that is invested by small business owners and creators. Then we can use that mindfulness to start making little changes in how we credit any image that is shared so that the most people possible can benefit from sharing the love. 🙂

Was this tutorial helpful? Let me know your thoughts!

Make sure to pin this! 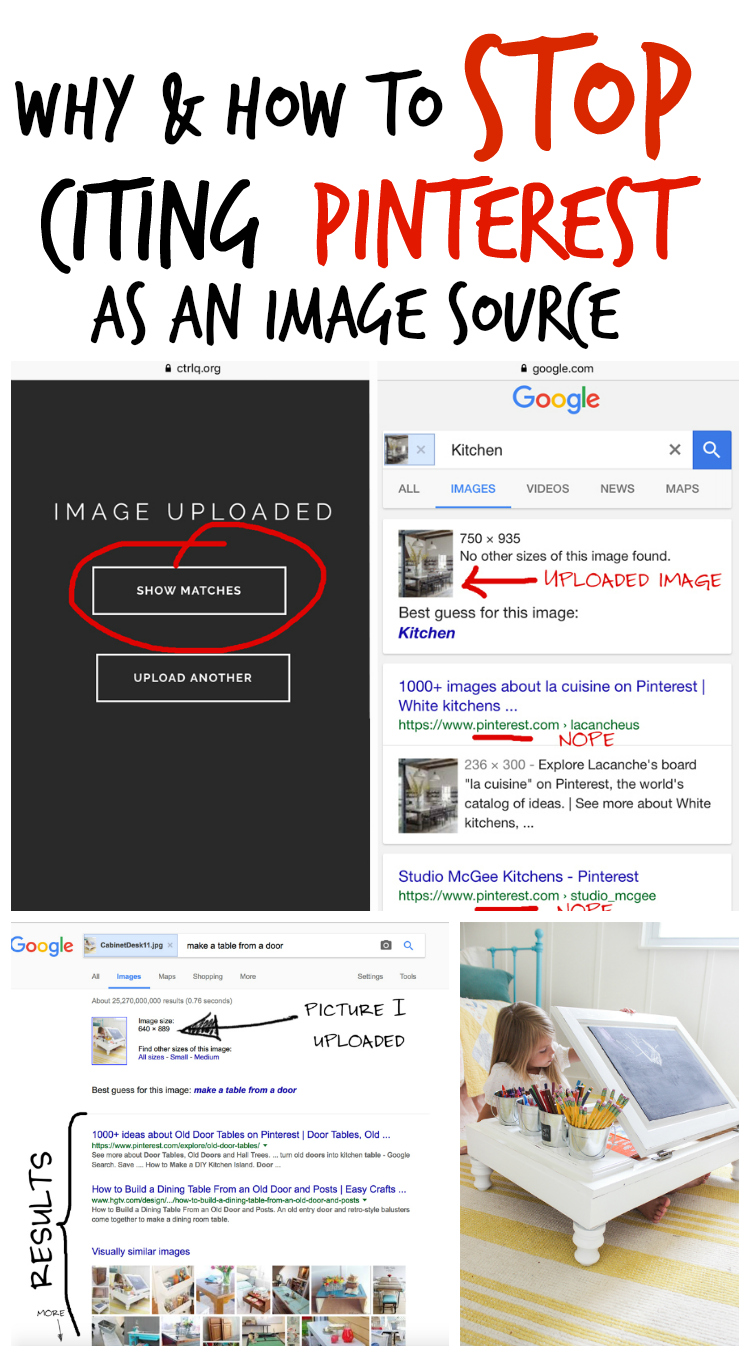